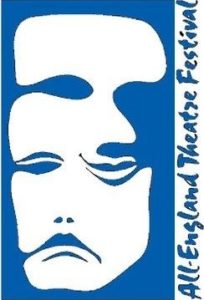 The All-England Theatre Festival (“AETF”) organises the only country-wide eliminating contest for one-act plays in performance throughout England. It provides an opportunity for Amateurs to compete against like-minded groups and to benefit from the adjudication they receive to improve the quality of their performance. The AETF also maintains contact with other leading bodies involved in Amateur Dramatics throughout the United Kingdom by means of its membership of the Central Council for Amateur Theatre, The Drama Festivals Consortium and the British Finals Standing Committee. The festival is also involved with the Geoffrey Whitworth Trophy Competition, in conjunction with the other ‘Hosts’ of the British Festival, to judge Original, unpublished Scripts that are first produced within the relevant Festivals.
Visit Website